CAMERE DEL RE – Hotel and B&B welcomes you in Tarquinia, one of the most important Etruscan cities, archaeological site of international fame and cultural life. The central location of our hotel allows guests to easily reach the National Etruscan Museum and all areas of cultural interest including the Necropolis UNESCO heritage adjacent to the country.

In addition to history, Tarquinia also offers unique Natural landscapes and the Natural Reserve of Saline where you can admire pink flamingos during migration.
However, in summer, the Historical Walls of our structure guarantee fresh for a holiday to the Sea of Tarquinia Lido. 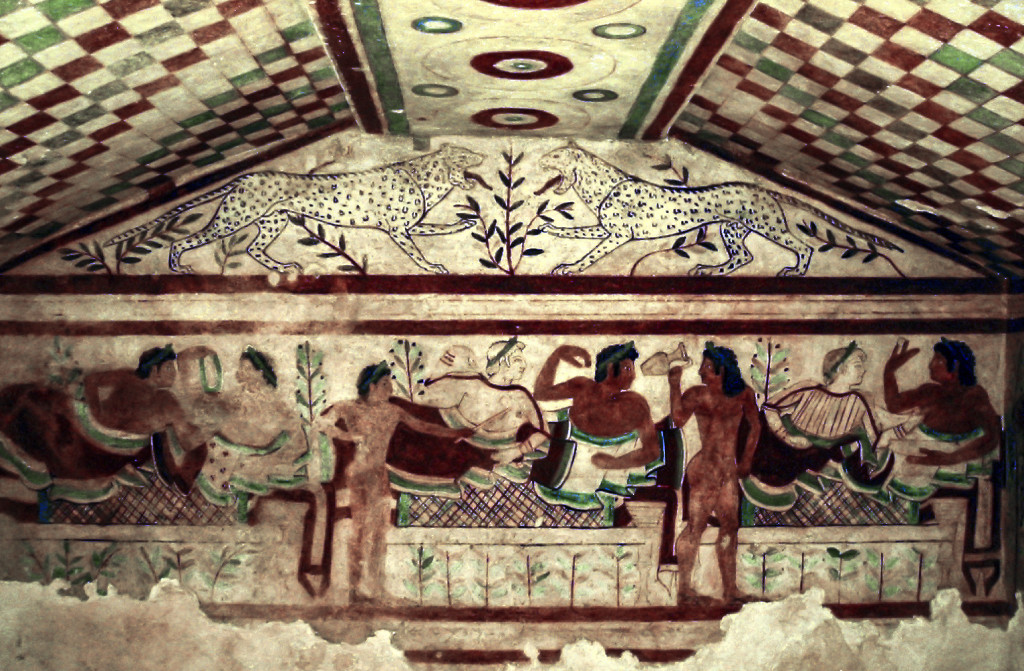 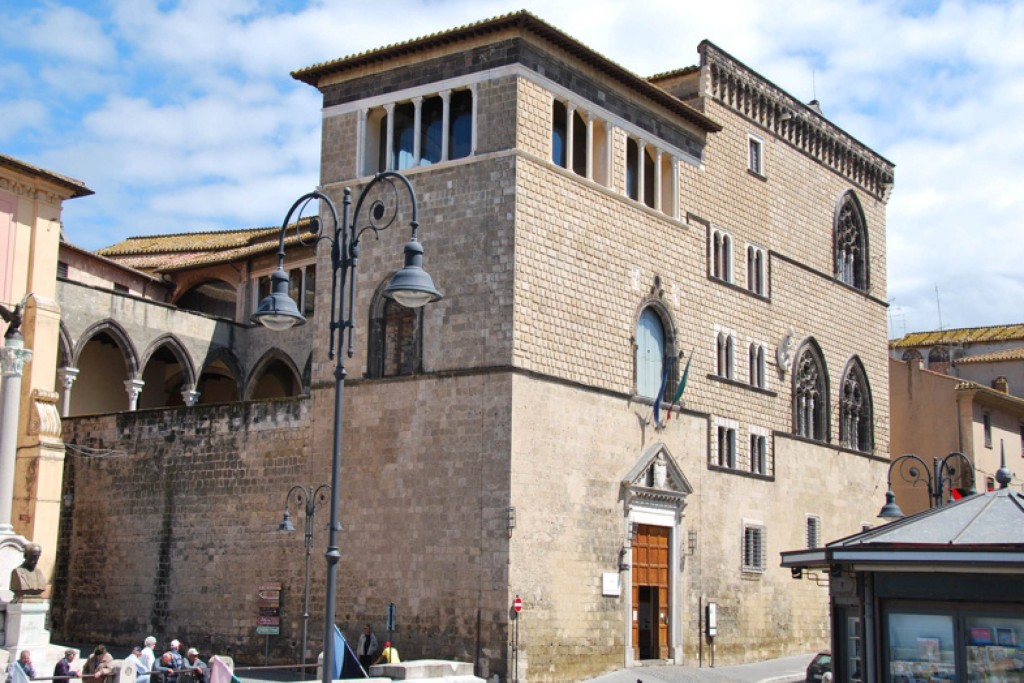 THE STORY OF TARQUINIA

Tarquinii (Etruscan Tarch(u)na etc.) is one of the most ancient of Etruscan cities; the ancient myths connected with Tarch(u)na (those of its eponymous founder Tarchon – the son or brother of Tyrrhenos – and of the infant oracle Tages, who gave the Etruscans the “disciplina etrusca”), all point to the great antiquity and cultural importance of the city; and the archaeological finds bear out that Tarquinia was one of the oldest Etruscan centres which eclipsed its neighbours well before the advent of written records. It is said to have been already a flourishing city when Demaratus of Corinth brought in Greek workmen. It was the chief of the twelve cities of Etruria.

Descendants of Demaratus, Lucius Tarquinius Priscus and Lucius Tarquinius Superbus became kings of ancient Rome. From Tarquinii many of the religious rites and ceremonies of Rome are said to have been derived, and even in imperial times a collegium of sixty haruspices continued to exist there.

The emergence of Tarch(u)na as a trading power as early as the 8th Century BCE was influenced by its control of mineral resources located in the Tolfa Hills (Monti della Tolfa), to the south of the city, and midway to the Caeretan port of Pyrgi.

In 509 BC, after the overthrow of the Roman monarchy, the family of Tarquinius Superbus went into exile in Caere in Etruria. Tarquin sought to regain the throne, at first by the Tarquinian conspiracy and, when that failed, by force of arms. He convinced the cities of Tarquinii and Veii to support him, and led their armies against Rome in the Battle of Silva Arsia. Although the Roman army was victorious, it is recorded by Livy that the forces of Tarquinii fought well on the right wing, initially pushing back the Roman left wing. After the battle the forces of Tarquinii returned home.

At the end of the fifth century and during the first half of the fourth a brief revival took place, both in the political and artistic sphere, probably under the ascendancy of the Spurinna family, whose members contributed to the renewed expansion of Tarquinia and the repopulation and growth of towns in the hinterland. The Spurinnas’ tomb, known as the “Tomba dell’Orco” , is decorated with fine frescoes of a banquet uniting the famous members of the family, who are identified by inscriptions. The Spurinna family was prominent in Tarquinia up to the 1st Century AD. Recently, two fragmented slabs were found known as the Elogia Tarquiniensis. These pay tribute to Velthur Spurinnas and Aulus Spurinnas, and give a rare glimpse of Etruscan history, including the mention of one King Orgolnium of Caere, recalling the family name of Urgulanilla, which included among its members the wife of the emperor Claudius.

During this period, Tarquinia overtook Caere and other Etruscan cities in terms of power and influence. It was about this period that colossal walls were built around the city in response to threats from the Celts and from Rome. Tarquinia, not affected by Celtic invasions (about 385 BC), finally colonised all its previously held territories. This new flourishing state allowed a rapid recovery of all activities. Impressive burial monuments decorated by paintings, with sarcophagi and funerary sculptures in stone, reflect the eminent social position of the new aristocratic classes, but several inscriptions on walls and sarcophagi show the gradual process of an increasingly democratic transition was taking place.

However, during the fourth century BC when Tarquinia’s expansion was at its peak, a bitter struggle with Rome took place. In 358 BC, the citizens of Tarquinii captured and put to death 307 Roman soldiers; the resulting war ended in 351 BC with a forty years’ truce, renewed for a similar period in 308 BC.

When Tarquinii came under Roman domination is uncertain, as is also the date at which it became a municipality; in 181 BC its port, Graviscae (mod. Porto Clementino), in an unhealthy position on the low coast, became a Roman colony. It exported wine and carried on coral fisheries. Nor do we hear much of it in Roman times; it lay on the hills above the coast road. The flax and forests of its extensive territory are mentioned by classical authors, and we find Tarquinii offering to furnish Scipio with sailcloth in 195 BC. A bishop of Tarquinii is mentioned in 456AD.

The original residential quarters of the Etruscan and Roman city of “Tarquinia”, known as the “Civita”, were on the long plateau to the north of the current town. Small sections of the city walls of the early 4th century BCE, of large blocks of limestone and about 8 km long remain today, as do the foundations of a great Etruscan sanctuary of the same age, known as the Ara della Regina. The decoration of this temple includes the terra-cotta group of winged horses in Hellenistic style that is considered a masterpiece of Etruscan art.

The ancient burial grounds, dating from the Iron Age (9th century BC, or Villanovan period) to Roman times, were on the adjacent promontories. The ancient city had shrunk to a small fortified settlement on the “Castellina” location during the early Middle Ages, while the more strategically placed Corneto (possibly the “Corito” mentioned in Roman sources) grew progressively to become the major city of the lower Maremma sea coast, especially after the destruction of the port of Centumcellae (modern Civitavecchia). The last historic references to “Tarquinia” are from around 1250, while the name of Corneto was changed to Tarquinia in 1922. Reversion to historical place names (not always accurately), was a frequent phenomenon under the Fascist Government of Italy as part of the nationalist campaign to evoke past glories.

The ancient Etruscan and Roman stood on the height known as “La Civita”, behind the “Monterozzi hill” where the town is located today, and where the ancient necropolis (necropolis of Monterozzi).

The oldest evidence of settlement on the hill of “La Civita” date back to a large urban center of the proto-Villanovan period (IX-VIII century BC) that due to topographical studies it was calculated at about 150 hectares in size; not many are the remains of the settlement, which are visible in particular the impressive remains of a temple, now called Ara della Regina (44 × 25 m), dated around the IV – III century BC; The building, with single cell and colonnade, was built of tufa with wooden superstructures and decorations clay. It identified the route of the city walls, the altitude adapted for an 8 km (IV – V century BC).

An element of great archaeological interest consists of the vast necropolis, in particular the necropolis Monterozzi preserving a large number of burial mounds with cave rooms, where it is preserved an extraordinary series of paintings, which represent the most important collection painting came to us of Etruscan art and at the same time the most comprehensive document of all the ancient painting before the age of the Roman Empire. Burial chambers, modeled on the interiors of the houses, the walls are decorated in fresh light on a layer of plaster, with scenes depicting magical-religious funeral banquets, dancers, musicians of aulos, juggling, landscapes, where a movement is imprinted animated and harmonious portrait with rich, vivid colors. After the fifth century BC figures of demons and deities flank the episodes farewell nell’accentuarsi the monstrous and pathetic.

Among the most interesting tombs include the graves that are called Warrior, Hunting and Fishing, the tomb of the Wishes, Jugglers, of the Leopards, the festoons, the Baron, Orco and Shields. Part of the paintings, detached from some graves in order to preserve them (tomb of the Chariots, the Triclinium, the bed Funeral and Ship), are kept in the National Museum of Tarquinia; others are directly visible on the wall on which they were made, giving us the knowledge of the disappearance of Greek painting, which are related by affinity and dependence.

Less artistry appears stone sculpture, reliefs present on plates or in the figure of the deceased lying on the sarcophagus; notable among others the limestone sarcophagus of the tomb of Partunu, work of fine workmanship, dating to the Hellenistic period; between the pottery decorations, a fragment in high relief, from the pediment of the Queen, is kept in the National Museum of Tarquinia, where collection is among other important series of ceramics, bronzes rolled, reliefs and pottery from area, dating from the Geometric period to the late-Etruscan. 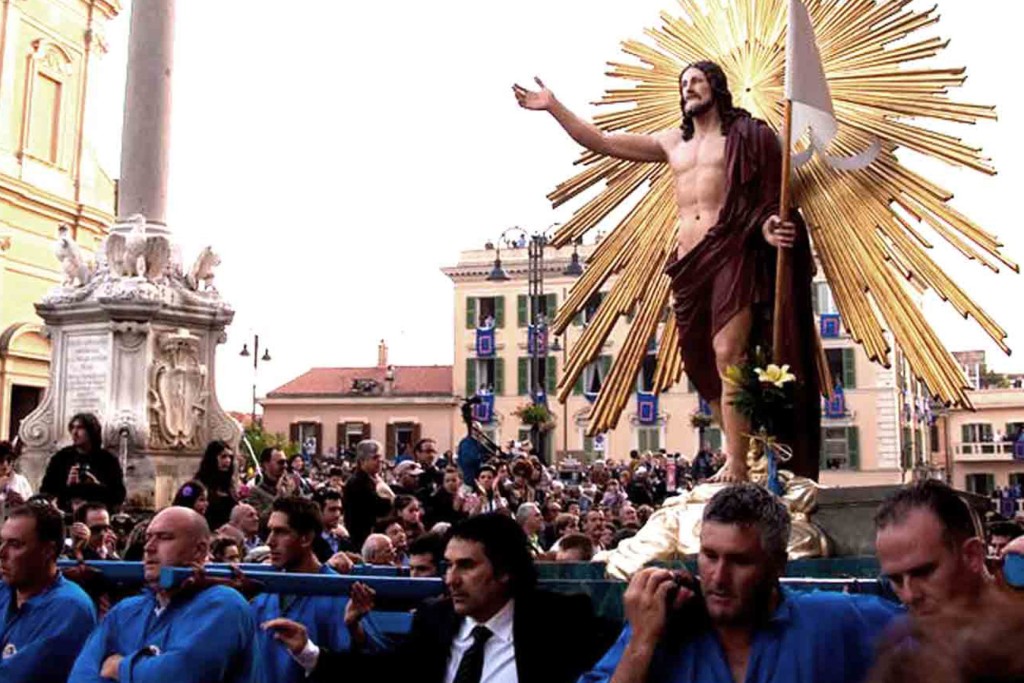 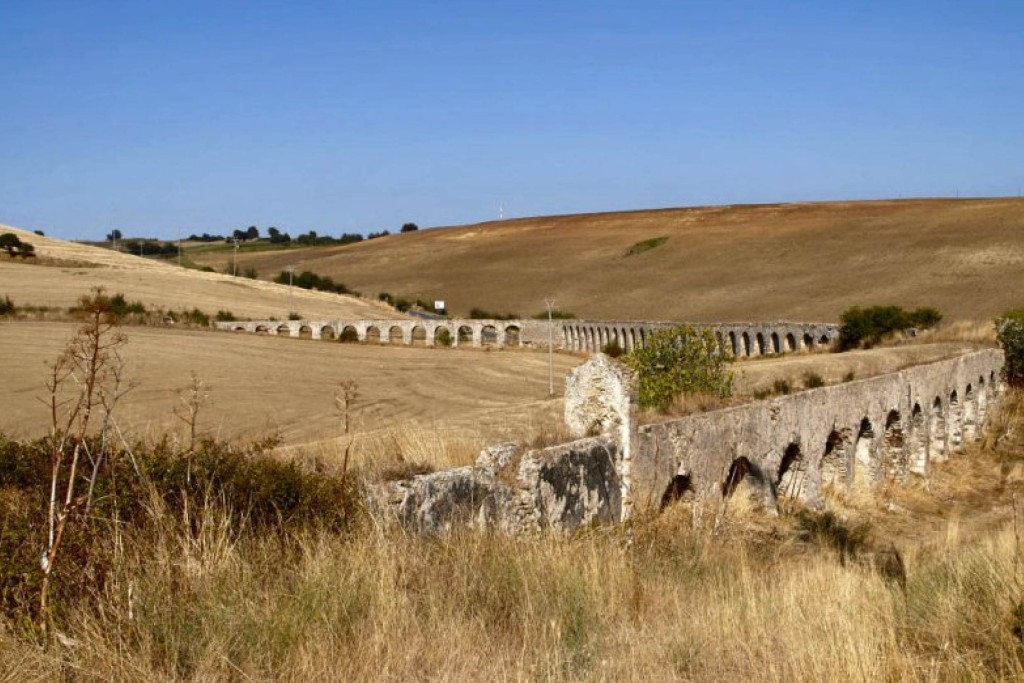 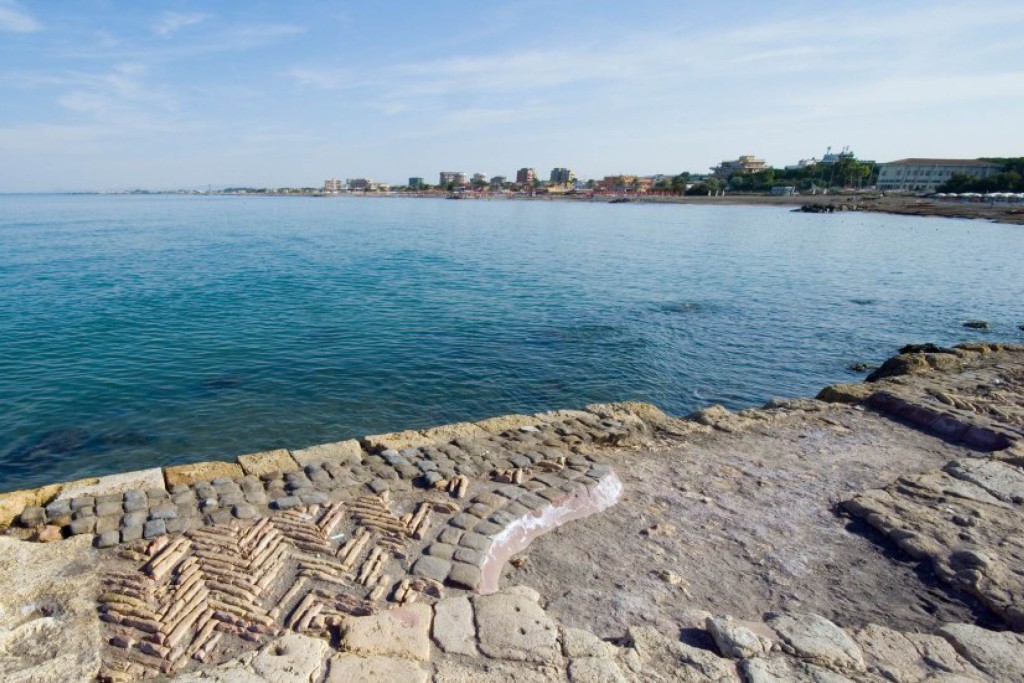 For free download the App and discover Tarquinia and the province of Viterbo in mobility.

(Available in Italian and English for iOS and Android)